Alpha testing refers to the preliminary testing developers carry out to check and see if the product will perform as intended.

Average Revenue per User (ARPU)  is the average revenue that is generated per user.

Attribution is the identification of where a conversion came from. For example, a tracking link can be used to identify

Application Programming Interface (API) is a type of software interface that offers a service to other pieces of software.

Referral Marketing is a form of advertising used to drive sales and conversions.

An Advertiser postback is a signal from the advertiser’s servers that is sent to announce a conversion.

Advertiser is a company that would like to advertise their product or service. 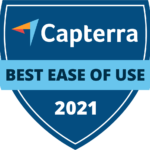